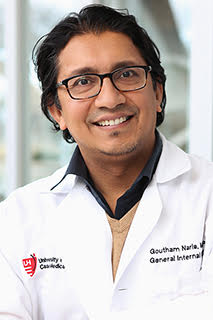 President of the Board

Dr. Goutham Narla is the president and co-founder of the Young Scientist Foundation. Goutham Narla is a practicing medical geneticist who specializes in the care of high-risk cancer patients. He has over 4 years of experience running a translational cancer research laboratory and has published over 45 peer-reviewed papers in the field. He has mentored a number of high school, college, and graduate students over the years. His work is currently supported by the Howard Hughes Medical Institute at Case Western Reserve University. 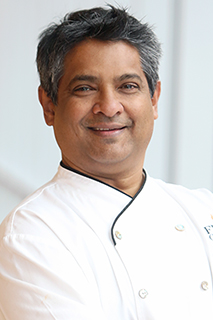 Vice President of the Board

Chef Floyd Cardoz is a celebrated Indian-American chef in New York City, India, and throughout the world. Cardoz attended culinary school and began his career in his native Bombay, India, and after studying in Switzerland at Les Roches, he moved to New York City to work under Chef Gray Kunz at the venerable Lespinasse.

In 1997, Cardoz partnered with Union Square Hospitality Group’s Danny Meyer to open Tabla, a contemporary Indian restaurant celebrating his groundbreaking cuisine that expertly married the exotic flavors and spices of his native land with Western techniques. He later moved on to open North End Grill and White Street in downtown Manhattan and The Bombay Canteen in Mumbai, India. In the summer of 2016, Cardoz opened Paowalla, a casual modern Indian restaurant in Soho, NY, which celebrates his Goan-Indian Heritage and showcases his seamless integration of Indian flavors and techniques with local ingredients. 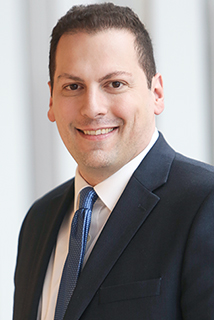 Andrew L. Castaldi is the Chief Operating Officer, Chief Financial Officer, and Co-Founder of The Young Scientist Foundation. Andrew has over 15 years of experience in both Finance and Healthcare Operations, and currently is the Chief Operating Officer of a robust, six location vascular surgery private practice. He received his B.A. in Accounting from Iona College and M.B.A. in Finance and Operations Management from Baruch College. He is also a Certified Public Accountant. 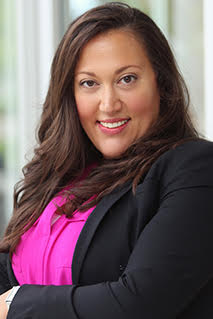 Dr. Analisa DiFeo is the vice president and co-founder of The Young Scientist Foundation. Dr DiFeo is an Assistant Professor in the Division of General Medical Sciences (Oncology) in the Case Comprehensive Cancer Center at Case Western Reserve University. She runs a biomedical research lab whose main focus is to identify novel biomarkers of cancer therapeutic response and generate novel targeted molecular therapies that can work alone or in conjunction with current treatment options to combat cancer. Her dedication to research is evidenced by her accomplishments, which include 31 peer-reviewed publications including two in the Journal of Clinical Investigation, she was also the recipient of the Liz Tilberis Ovarian Cancer Award from the Ovarian Cancer Research Fund and received a pilot award from the Department of Defense. 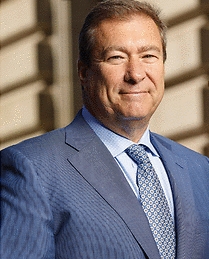 W. Craig Bashein, Managing Partner of Bashein & Bashein Company, L.P.A., joined the firm in 1986. Craig has been selected as one of Ohio's Super Lawyers, including Top 5 in Cleveland and Top 10 in Ohio. He was also recognized as one of Ohio's Top 10 Attorneys by Ohio Lawyers Weekly. Craig is an advocate for The Young Scientist Foundation's mission to help provide a learning experience for students who can go on to discover the cures of tomorrow. 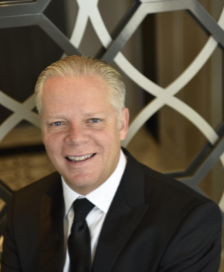 David M. Carr, President of Brennan Industries, leads the operation of the company, both domestically and internationally. A proponent of customer service excellence, David is also dedicated to innovation, product development and continuous quality improvement. David believes the help and support of YSF give students a unique opportunity to grow into tomorrow’s leaders in the world of medical research and discover future life-changing treatments. 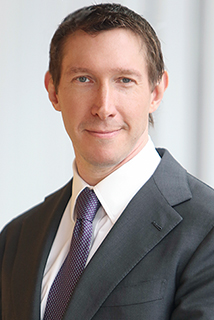 Glen de Vries is President and Co-Founder of Medidata Solutions, the leading provider of infrastructure for clinical research globally. Glen has worked to create better business outcomes for Medidata’s clients, and better therapeutic outcomes for the patients they serve, in over 4,000 clinical trials run by pharmaceutical, biotechnology, and medical device companies, as well as academic medical centers around the world. In addition to his work at Medidata and with the Young Scientist Foundation, Glen serves as the Chairman of the Board of Dancing Classrooms, cultivating essential life skills in children though the practice of social dance. 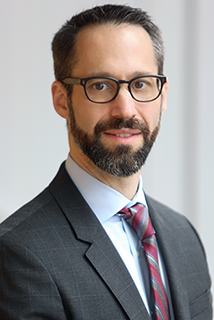 Craig Sabal is a Managing Director heading the insurance effort within the Credit Products Group at Goldman Sachs. In this role, he is responsible for delivering strategic portfolio and risk management transactions across fixed income and equity markets to insurance companies that focus on enhancing return, risk and capital metrics. Craig joined Goldman Sachs in 2010. Prior to joining the firm, he spent two years in a similar capacity at Barclays Capital and eight years at Lehman Brothers as part of the Insurance Solutions Group. Craig received his B.S. in accounting from Rutgers University. He is a Chartered Financial Analyst and a Certified Public Accountant.