Case Western Reserve University School of Medicine and The Young Scientist Foundation are pleased to present COOKING FOR A CURE, an exclusive and interactive chef-to-table food and wine experience featuring gourmet dishes and wine pairings from nationally and internationally renowned chefs.

Proceeds will directly support the young scientists of tomorrow, by placing underserved Cleveland-area high school students in Case Western Reserve University School of Medicine laboratories where they will have the opportunity to work alongside world-class researchers. This unique partnership between the School of Medicine and The Young Scientist Foundation will provide budding researchers with tools and skills to discover the cures of the future for cancer and other diseases. 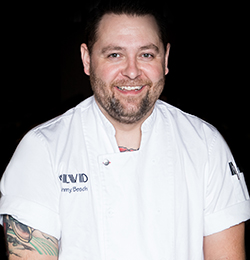 Chef Johnny Besch has traveled the country extensively to apprentice under and learn from some the best chefs in the business. During his nine years in the Pacific Northwest, Johnny was sous chef at the fine dining restaurant Epicure and then chef de partie at The Heathman Restaurant & Bar for Knight/Master Chef Philippe Boulot. Now, back home to plant his roots and officially hang his hat, Johnny has joined Sancerre Hospitality to open their Chicago-based flagship restaurant, BLVD, in the West Loop. 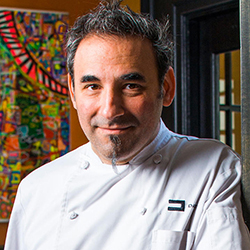 Chef Dante Boccuzzi graduated from the Culinary Institute of America and began his career at Charlie Palmer’s New York acclaimed restaurant, Aureole. Boccuzzi spent three years in Europe learning techniques in award-winning restaurants such as L’Escargot, Les Muscadin and the Michelin three-star Gualtiero Marchesi. His three year tenure at Silks resulted in two James Beard nominations in 1998 and 1999. September 2017, marks the opening of the second location of Dante’s Inferno. This full scale casual Italian restaurant is located on the East Bank of the Flats near downtown Cleveland. The menu features home-made pasta dishes and hand crafted pizzas, 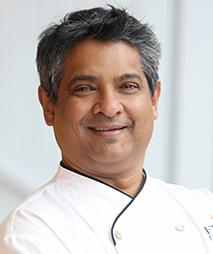 Chef Floyd Cardoz (Paowalla) is a celebrated Indian-American chef in New York City, India and throughout the world. Cardoz attended culinary school and began his career in his native Bombay, India and after studying in Switzerland at Les Roches, he moved to New York City to work under Chef Gray Kunz at the venerable Lespinasse. In the summer of 2016, Cardoz opened Paowalla, a casual modern Indian restaurant in Soho, which celebrates his Goan-Indian Heritage and showcases his seamless integration of Indian flavors and techniques with local ingredients. 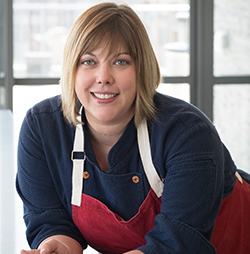 Chef Sarah Grueneberg quickly rose to Chef di Cucina in 2008 of Spiaggia and then Executive Chef in 2010. During her tenure as Executive Chef, Spiaggia was awarded one Michelin Star for three consecutive years. After graduating from culinary school in 2001, she started at the iconic Brennan’s of Houston and by 2003 was named the restaurant’s youngest female sous chef. In 2017, Grueneberg received her first James Beard Foundation Award for “Best Chef: Great Lakes.” Grueneberg is currently Chef/Partner of Monteverde Restaurant & Pastificio in Chicago’s West Loop, which she opened in November 2015 with business partner and long-time friend Meg Sahs. 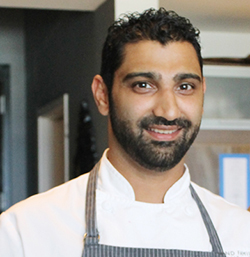 Chef Ravin Patel graduated from the French Culinary Institute of New York and quickly joined the ever-changing New York City culinary scene and worked with notable chefs in reputable restaurants. The first few restaurants Chef Patel worked for taught him valuable insight and gave him a perspective into the culinary world. It was his time as a line cook and chef tournad for Danny Meyer’s Michelin starred restaurant, The Modern, where he gained his true knowledge and understanding of fine-dining food. In 2013, he became executive chef and later that year earned four-stars in all categories from the Sacramento Bee. In March 2014, Patel moved into the role of Executive Chef for Selland Family Restaurants.